How To Shift To A Digital-First Marketing Strategy Digital-first marketing isn’t about technology, it’s about consumers. When you’ve spent years and years and lots of money and expertise on perfecting something, it can be difficult to all of a sudden find yourself in a position to have to abandon it.

Such is life for the traditional company in the modern age. Maybe you’re a brick and mortar operation; maybe you’ve become known for your consistently hilarious radio or TV spots. Don’t get us wrong—people still go to physical stores, buy physical products, listen to and watch content all the time. But the mechanisms have changed and for good.

It’s a digital world, so much so that we don’t even really need to use the word “digital” as a qualifier anymore. Our modern technology demands that nearly every interaction a company has with its consumers these days is in some way a digital experience. Of the 3.75 billion people across the world who are online, 86% will use a mobile phone to go online. That means that people aren’t just choosing to be connected—they’re always connected. Today, marketing is digital marketing. Branding is digital branding. Media is digital media. And so on.

That doesn’t mean that every company thinks this way, even if that’s not for lack of trying. The fact is that it’s incredibly difficult for companies to change how they market and make a change as drastic as becoming digital first.

But it isn’t only that the digital world has changed individual behavior. Every company must consider the behavioral and structural changes it will have to make as an organization itself to ensure a successful transformation into digital-first marketing. Because that’s what’s really at the core of becoming a digital-first organization—mindset. Thinking digital-first is different and new, and a company will have to adjust many of its departments, roles, and processes to match this new way of thinking.

“The technology is changing faster than the people and processes,” Tiankai Feng, Senior Manager of Global Analytics for Adidas told e-Marketer. “New technology is always bringing change, but if you have traditional ways of managing it, it doesn’t really work.”

First, it’s important to note that the proliferation of new technology and a rapidly changing consumer base doesn’t mean everything that once worked gets thrown out the door. Digital-first doesn’t mean digital-only. Many companies who have successfully run television, radio, print, and outdoor marketing campaigns will, and should, continue to do that. What has to change, then? The organizational thinking needs to evolve—from a media-centric viewpoint to a consumer-centric perspective.

Example: Netflix may seem like it was always a solely a digital company, but it burst onto the scene as, primarily, a physical media catalog. While you didn’t visit a physical store to rent your DVDs, a significant part of our interaction with the brand still revolved around a physical product. Netflix, however, saw a change coming in how people took in video content, from their televisions and through physical discs to on their computers and mobile devices through streaming. Fun fact: you can still get DVDs mailed to you through Netflix, but the brand has become synonymous with the concept of binge-watching across devices, all day every day.

The digital world has resulted in consumers having an overwhelming choice of content, and a considerable fragmentation of media and devices with which to engage that content. The old way of thinking meant that you figured out how to make the best 30-second television or radio spot possible. While branding, slogans, jingles, and other markers helped keep things tied together, the company could afford to separate its marketing experts for different channels and tactics.

Today, marketers must think in an omnichannel mindset. Many companies are getting there: 64% of companies say that providing a consistent experience across every channel has become a priority. Companies who succeed at marketing across channels must think about how their content will resonate with audiences regardless of where the audience finds the content. It starts with the consumer, and that consumer is now a digital being. That’s digital-first marketing.

Example: Starbucks began as a single coffee shop in Seattle, WA before taking its local-shop feel global into a behemoth. While many fast food service companies are still trying to figure out how to seamlessly fit into their consumers’ lives, Starbucks was ahead of the game in offering mobile ordering for seamless pickup. Also, its rewards program and payment management were brought to the smartphone too.

One look at the chart below drives home two observations: people on mobile are overwhelmingly spending their time on apps and using those apps for social media, entertainment, and gaming.

Before you rush to place ads on facebook, snapchat, and in games, pause and consider how useful, and relevant this is from a consumer’s point of view. Some compare it to having a stranger pull up a chair to your table while you and your bestie are having a private talk over lunch.  Yes, the internet can be a strange place sometimes and placing content without considering context can be disengaging, and even offensive.

The goal is always value creation. The lines between marketing and advertising are blurring, and the more you can help solve the consumer’s problems – or provide entertainment value – the less your intrusions will be perceived as annoying.  Be careful not just to provide entertainment for entertainment’s sake; however: video views and clicks don’t always translate into sales.

Example: Unilever needed to reach 130 million people in remote areas of India, where people have electricity only 50% of the time and do not own smartphones – although almost everyone had a standard feature phone. Their solution was to transform the feature phone into an entertainment channel called Kan Khajura to broadcast fifteen minutes of free entertainment including news, humor, and most important – promotions for Unilever brands.

A change in philosophy for any company can be difficult, particularly for larger, traditional, entrenched companies. Regardless of size or history, companies that make a significant organizational shift will undoubtedly see different aspects of the business come together that maybe seemed like strange bedfellows in the past. This is a positive change. For instance, being a digital-first marketer means letting the data and creative folks into the same room. Blasphemous, we know!

Data and creative may not always see eye to eye, and that’s ok. However, one of the great benefits of the digital world is the incredible amounts of data available to marketers. The analytics team will be able to make sense of all the data, but the creatives are needed too. Who else is going to interpret those data-driven conclusions to build a compelling narrative, one that will resonate with consumers? Collaboration between different departments has always been important but is utterly crucial in digital-first marketing.

Example: Based on data, Geico knew that folks weren’t watching pre-roll ads, often skipping after YouTube allowed (usually 5 seconds or so). We often hear how the first few seconds of a video spot have to be brilliant, unforgettable, rope the viewer in. Realistically, that’s near impossible. So Geico thought, what if we fit everything we need to in the spot’s first five seconds, while tacitly acknowledging that most people are going to skip once they’re allowed? A successful series of clever YouTube pre-roll ads were the result, showing Geico knew consumer behavior and how to speak authentically to it.

Welcome… To The The Future

If the chaos of the past couple of decades has taught us anything, it’s that when most businesses finally, truly adopt digital-first mindsets and processes, the rules will need to be rewritten once again. We’ve undergone a sea change in the past 30 years with the digital revolution, but another revolution is on its way soon.

Artificial Intelligence is already changing marketing, and it will become a must for every marketer to understand as its underlying technology gets stronger and stronger. Think even better personalization, like predictive recommendations. Blockchain promises to be more than the bedrock for cryptocurrency, potentially radically altering supply chains and inventories, opening a world of possibilities for retail operations. Virtual reality has been slow to reach full adoption, but it remains worth keeping an eye on as a potentially game-changing medium that every brand will want to leverage.

Quantum computing means machine learning on steroids; 5G means legitimately automated smart cities. Also, there’s probably some technology or device out there in the not-so-distant future that we can barely even conceive of today. Have fun preparing for that. However, as long as we remember that digital-first marketing isn’t about technology, it’s about consumers, then no technology will prevent us from reaching them effectively.

If this article helped you, please help us by sharing it or recommending to a friend. Thank you! 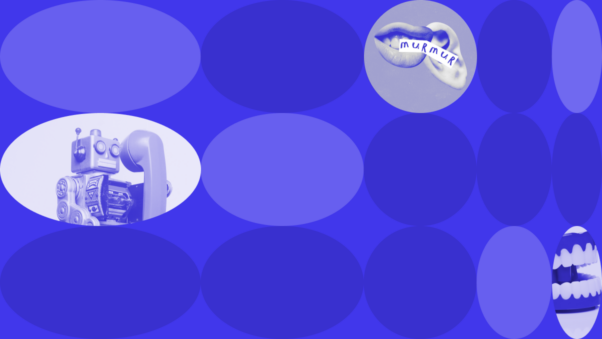